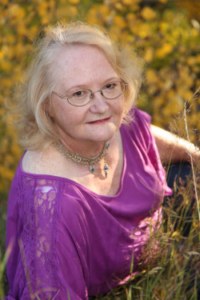 Even though I’ve lived half my life in North Dakota and recently in the Southwest, I still call myself a Southerner. I think that comes from a heritage of blood more than place since I feel a kin-ness with the hearty mountain survivors of Appalachia. And, to some extent I have found that in North Dakota among people who embrace a strong work ethic and who never seem to be very far from the wheat and potato fields that feed them and the world. In my new home New Mexico, I see that pioneer spirit as well. Here it is surviving the high desert and eking out a living in remote places.

I do, however, come from a long line of storytellers and liars, especially one uncle who couldn’t read or write himself but who kept me spellbound as a child with his elaborate tales of hunting, fishing, and local haints. I think what talent I have for spinning a tale must have come from him.

I was lucky enough to have a mother who valued education, but who only went to the third grade herself. She wanted her children to know about symphonies and opera and live theater–and valued poets as if they walked on misty clouds of arcane knowledge. I was one of a wagon load of cousins who ever finished high school and the only one to finish college—though I didn’t do that until I was seeing the end of my fourth decade.

I earned a  degree in anthropology from the University of North Dakota and took a concentration in English (mainly credits for all of the intro English courses I took when I first started college in night school twenty-some years before and taking graduate level writing seminars when I returned to finish my undergrad degree in anthropology).

Anthropology was my second love to writing and represented the unquenchable curiosity I possess that often informs my freelance journalism career, explaining the broadness of my writing credits.

I had always written stories–ever since I was nine or ten years old. I took a creative writing course when I was a junior in high school and had an instructor who wanted to see us published. So, I sold my first work at 16–but it wasn’t fiction; it was an essay and later I had two poems published.

I wrote off and on for the next forty years, after I married, moved to North Dakota, and raised two children. I wrote and edited a lot of newsletters for non-profit organizations, tutored adults in writing skills, and wrote and edited materials for college professors (before I had even earned my degree).

In the interim, I was a radio announcer, a booking agent and publicist for a groove/funk band, and a yoga instructor who also taught relaxation techniques in small rural towns in the region.

In 2000, I began writing full-time as a freelance journalist. My  work has appeared in regional, national, and international publications. I co-wrote two books with Texas wedding DJ, Bill Cox: The Ultimate Wedding Ceremony Book and The Ultimate Wedding Reception Book, and published a writing manual called, Freelance Writing: It’s a Business, Stupid! I also launched my own online music publication, Refrain Magazine (www.refrainmagazine.com), covering live music first in the Upper Midwest and later across the country. It was live until 2012 when I retired.

I’d made a living as a journalist for over a decade but felt something was missing. I pulled out all of those stories and novels I had stashed in drawers and got them circulating.

My first work of fiction, The Bowdancer, a fantasy romance novella, was published by Breathless Press in December 2009. Two more books in the Bowdancer Sage followed.  MustItUp Publishing contracted for eight other books:  Four were released in 2011, two  in 2012, and two in 2013. They also picked up the first three books of  the Bowdancer Saga when their contracts expired and will re-release them in 2014.

I am currently writing Legacy, the third book in the Ruins  trilogy, my archaeology, romance thriller. And I also have a new occult series that I’m eager to get writing.

In January 2011, after a divorce and wandering the Southwest, I relocated to a tiny casita with a large garden in Santa Fe, New Mexico where I’m writing. I’ve begun a self-help book for women over 40 called Starting Over, Standing Strong: Lessons on the Journey to Change. I hope to begin an inspirational speaking career based on that book and launch several workshops.

I just wonder what my uncle would say now about my storytelling?